There are four basic types of average: the arithmetic (what most people know), the geometric, the harmonic, and the quadratic.

I've seen the comparison between different means before. It is a well-known inequality that for the same set of data. What I haven't seen is a comparison within one type of mean between multiple data sets. I decided to look at two-item data sets so that they can be plotted on a two-dimensional coordinate grid. I plotted a dozen (x, y) points: the x and y coordinates represent the two values in the data sets. 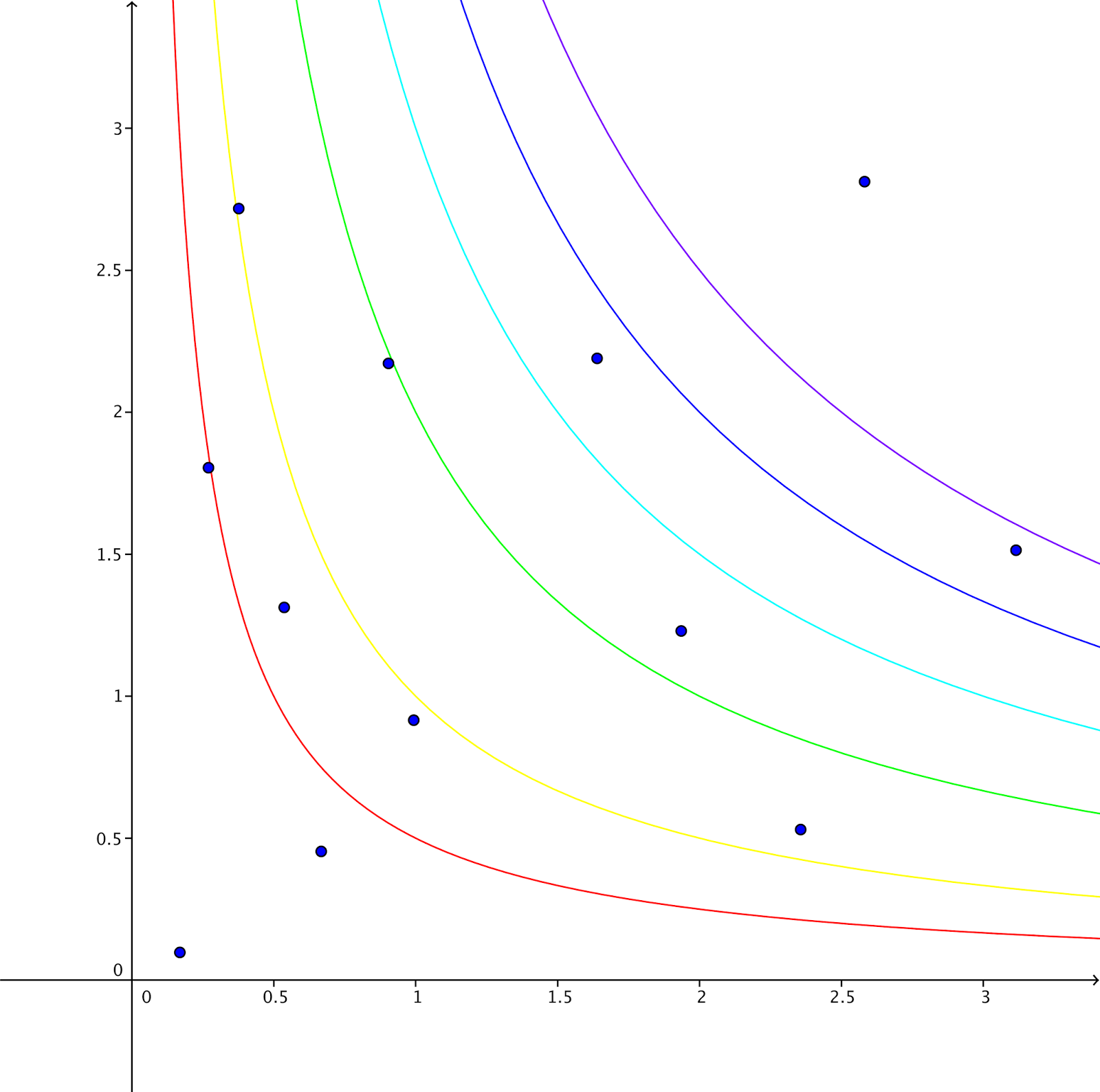 The quadratic mean is the exact opposite: 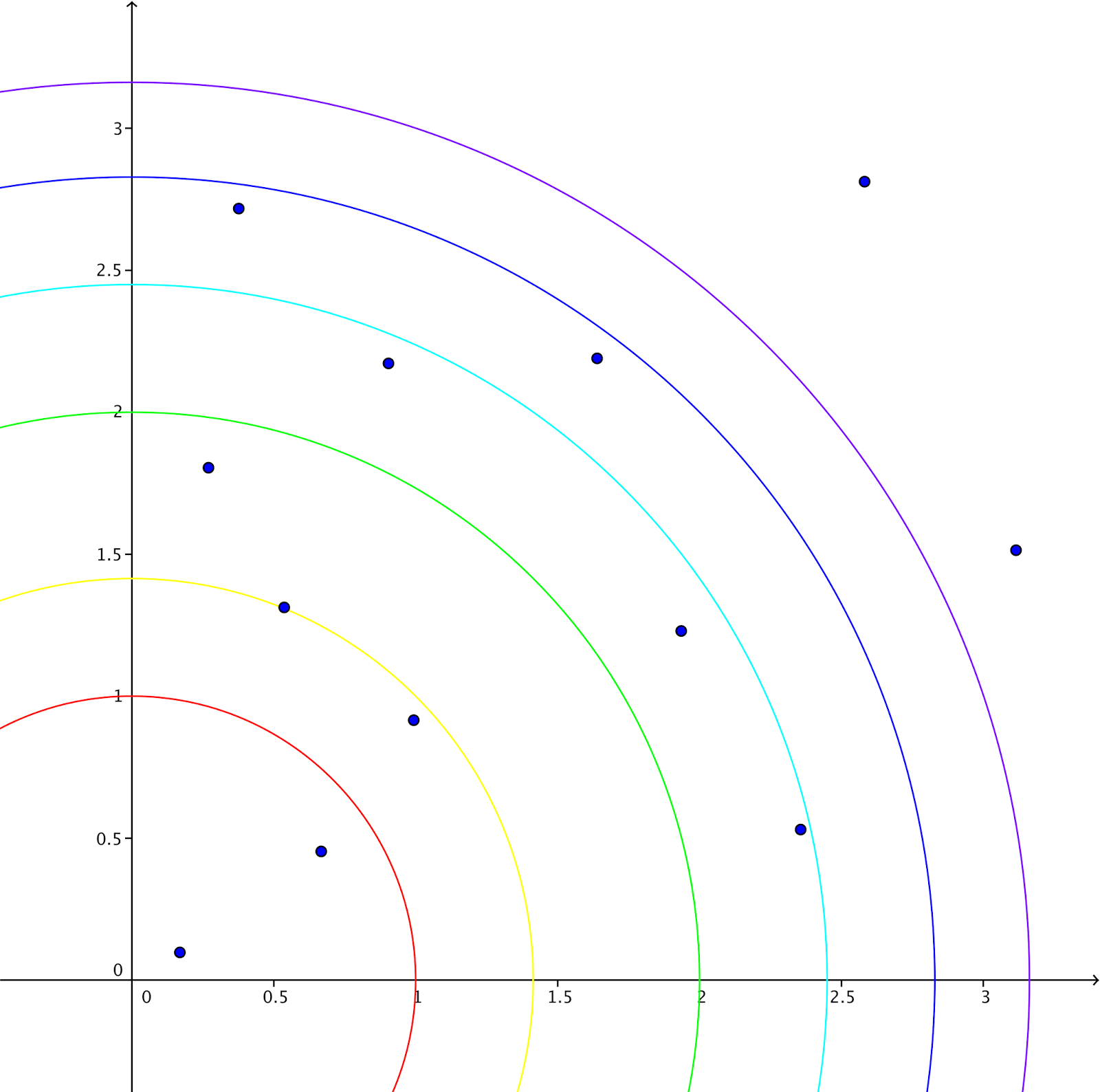 Starting from a point where x=y, increasing x by c and decreasing y by c will actually increase the quadratic mean. This is because


With unbalanced terms, the quadratic mean is dragged closer to the largest term than the arithmetic mean will be.

The harmonic mean looks basically like the geometric mean, except that the contour lines are hyperbolas, not reciprocal functions. The only difference is that unbalancing the terms decreases the harmonic mean even faster than it decreases the geometric mean. Thus, .
Posted by Russell Hanes at 1:17 PM