Based on a board game, I started thinking about what putting a city on a hexagonal grid would look like: 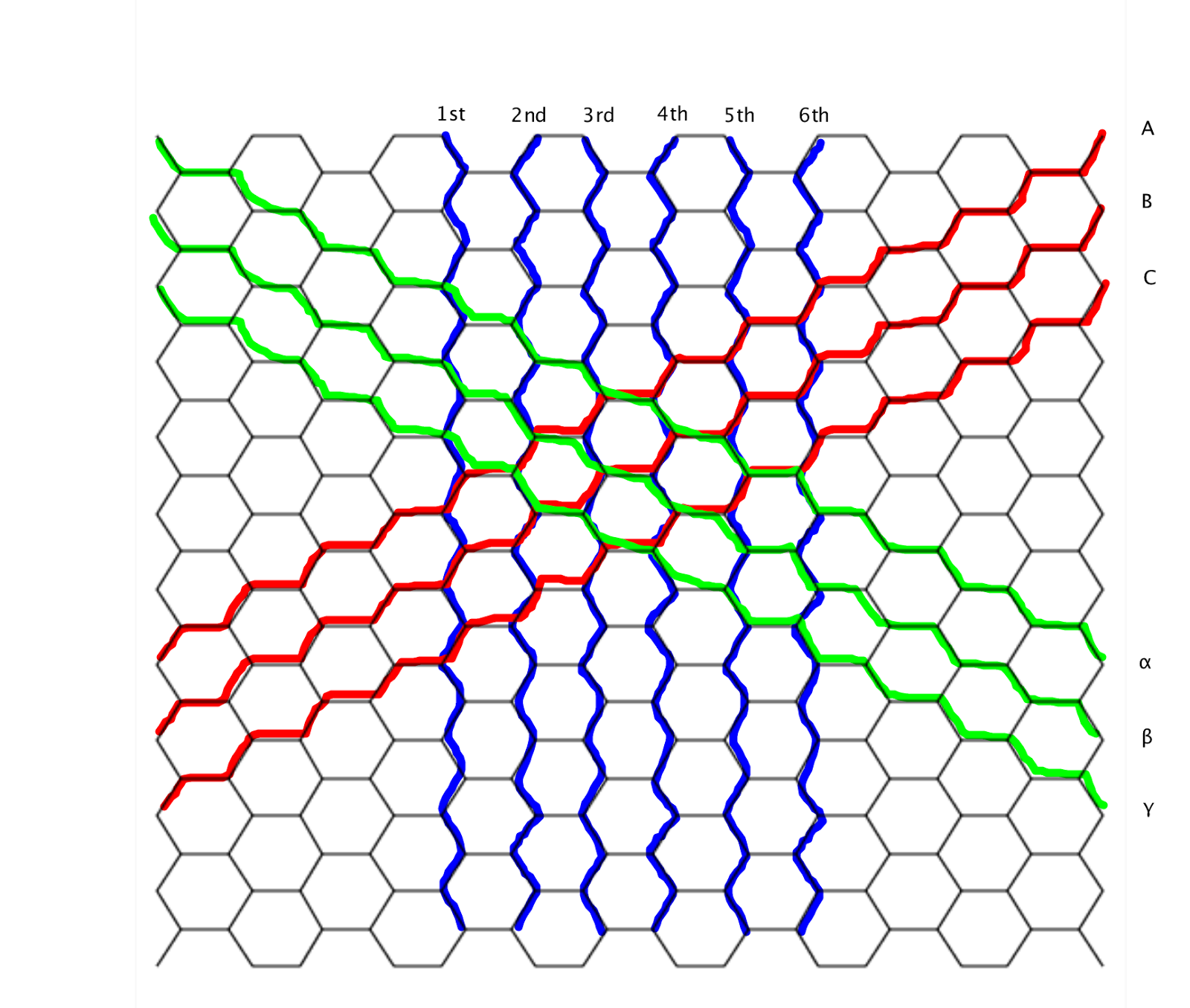 The streets (in blue) run north-south around the hexagonal blocks. I numbered them, although obviously, the indexing is off and 1st Street should be at the far west end of the city.

Addresses could be given this way: "22 A Ave. and Gamma Blvd." I think address numbers would reset for each block; there would be a "22 A Ave. and Beta Blvd."

How hard would it be to navigate?

How would the road signs look? Let's work our example in detail. Again, you want to travel east (from 1st to 4th), so you would take A Ave. northeast. (Taking 1st Street north would get you there but not necessarily in the most direct way.)

Let's look at the points (intersections) on the grid you would travel through: 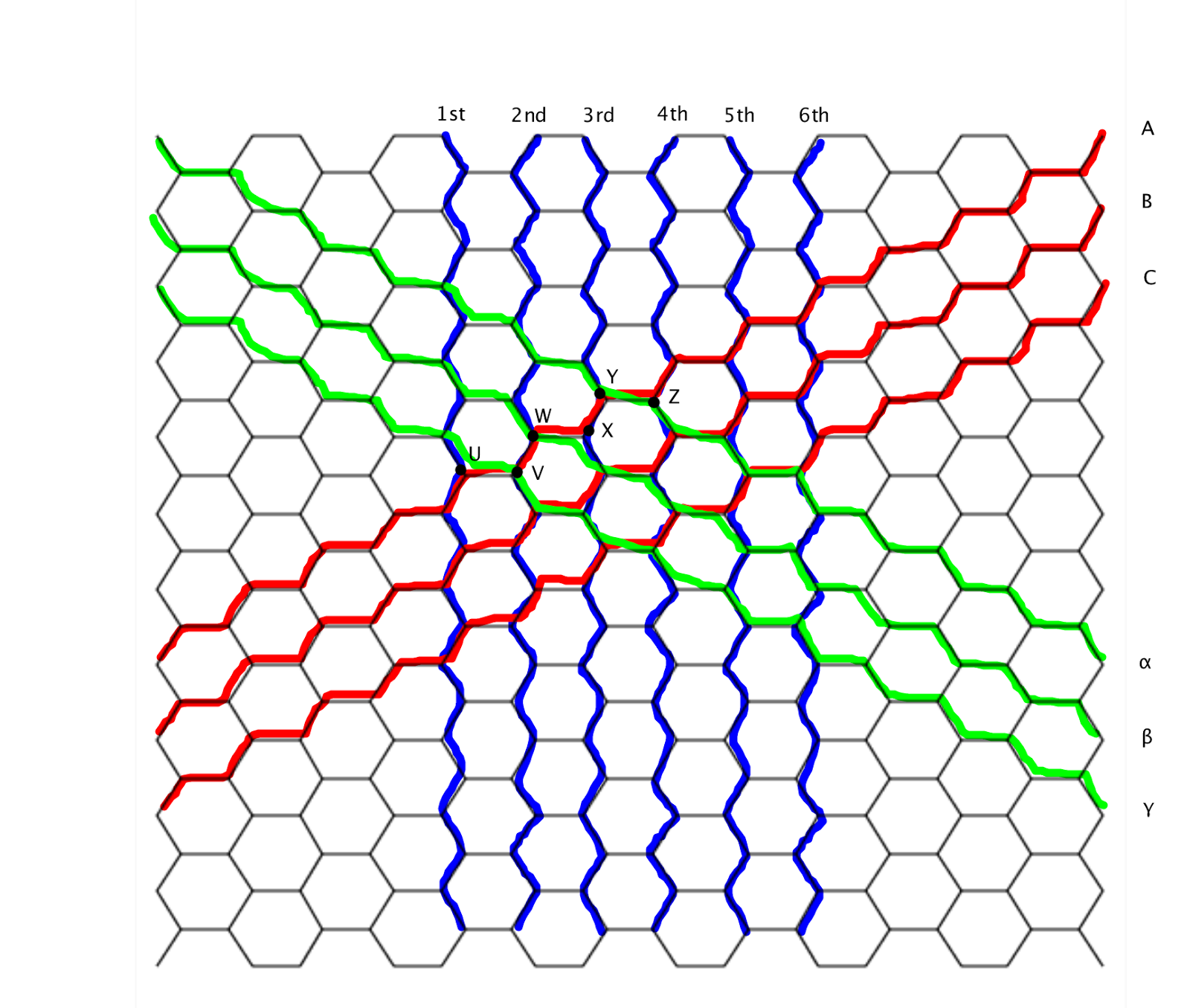 At point U, the signs would say:

At point V, the signs would say:

At point W, the signs would say:

At point X, the signs would say:

At all four points, you would choose to continue driving northeast on A Ave. The numbered streets are increasing, which is correct, and the Greek letters are decreasing, which is also correct. You know you're going the right way.

At point Y, the signs would say:

You've reached Alpha Blvd, so you're going to turn on it. Which way? Northwest or southeast? You're at 3rd Street. Not far enough east, so turn southeast on Alpha Blvd.

At point Z, the signs would say:

You've almost arrived. A right turn puts you onto 4th Street and Alpha Blvd., the block you are looking for.

It would take a little getting used to, but I don't believe this kind of navigating in insurmountably complex.

Would it take longer to travel on a hexagonal grid?


If one is traveling in a straight line on the rectangular grid, the hexagonal grid is 15% longer. 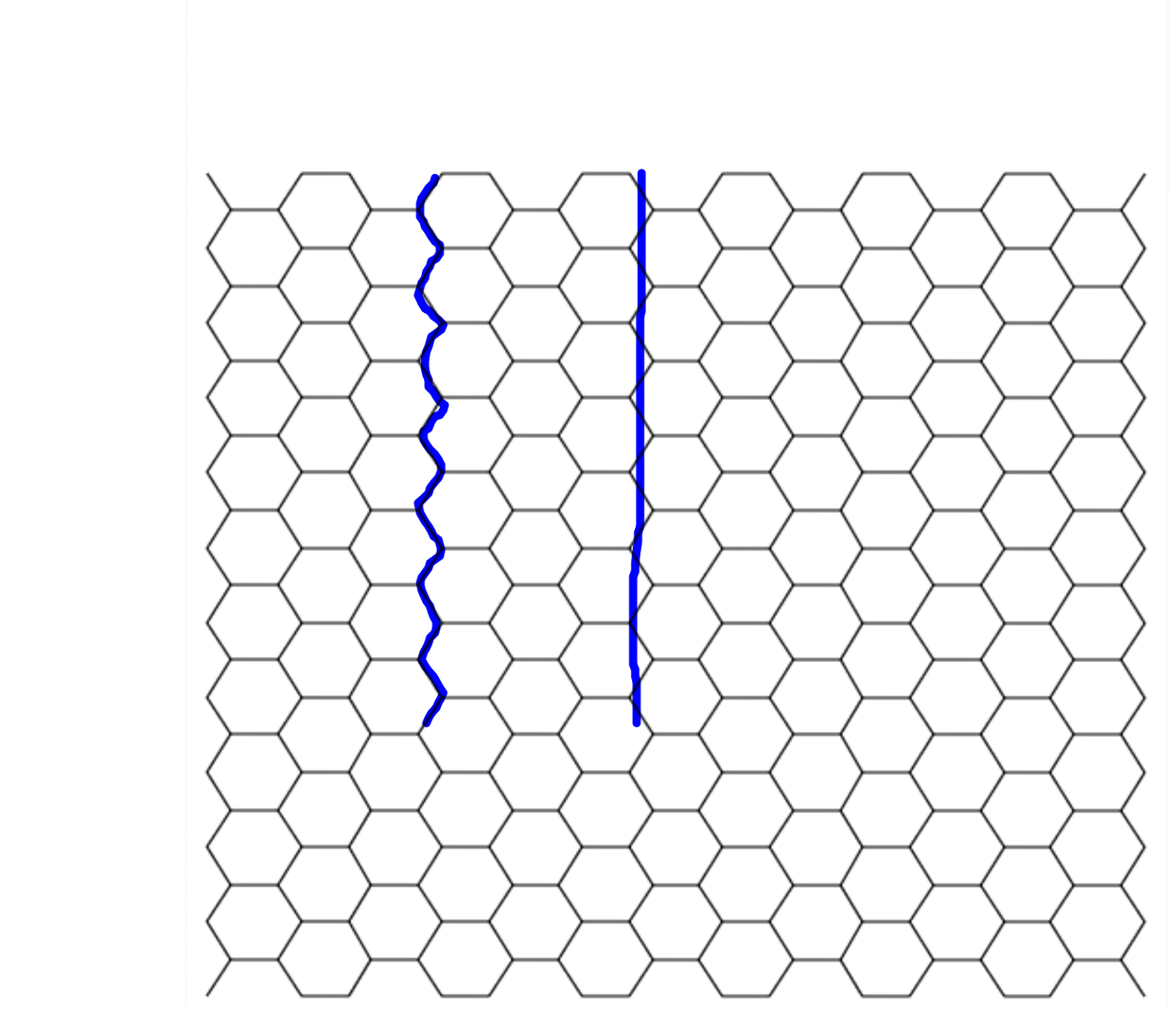 But if one is traveling in a "straight" line on the hexagonal grid (at an oblique angle), the rectangular grid is about 18% longer. 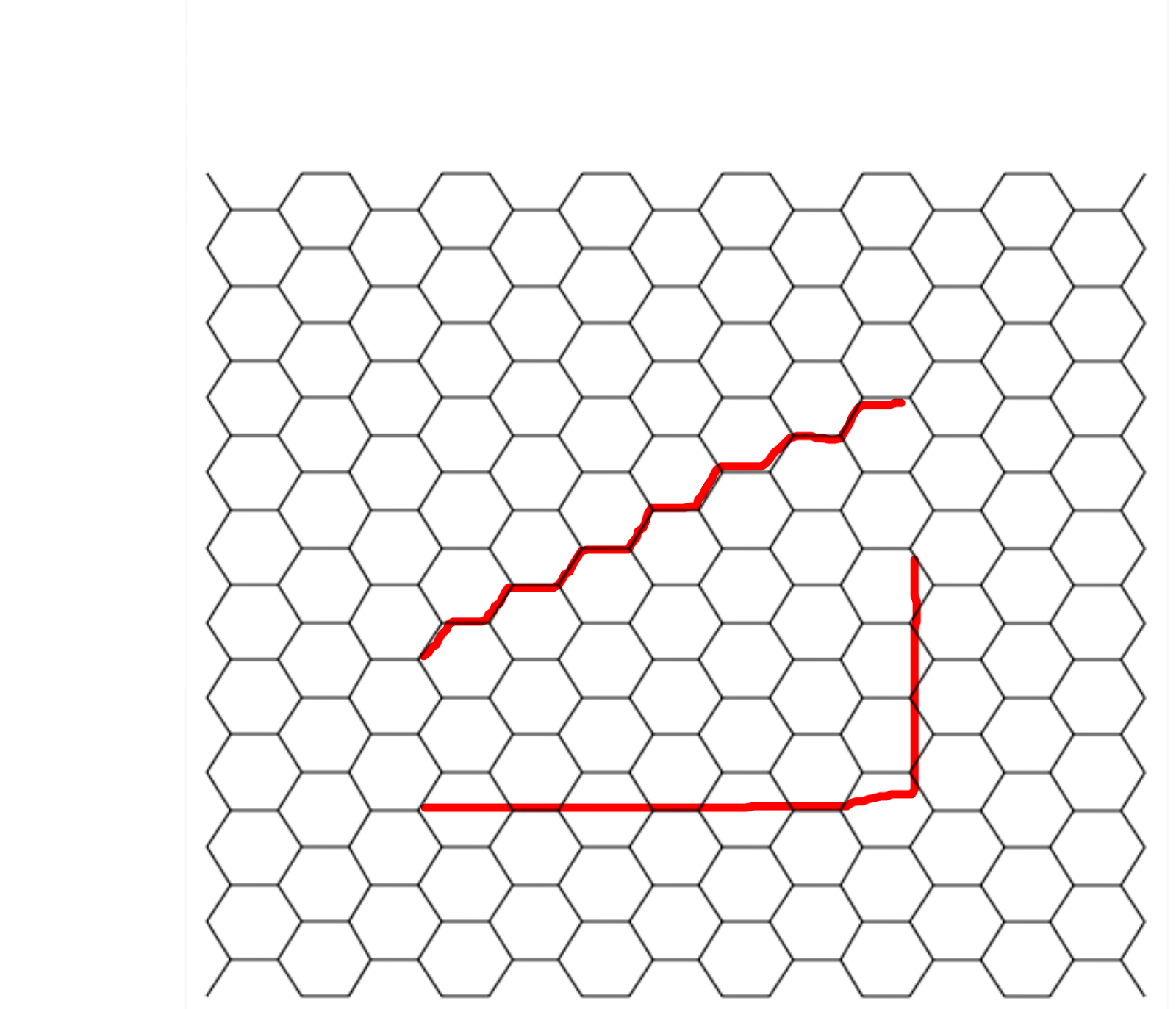 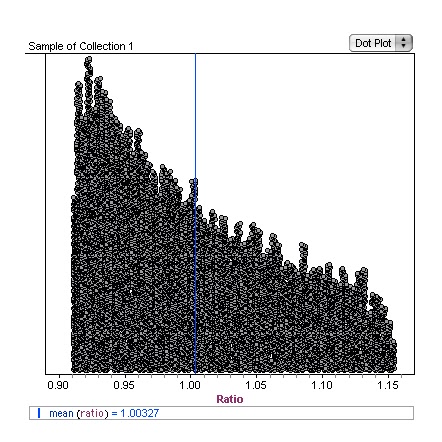 Averaging them all together came up with that the hexagonal grid is about 0.3% longer, but that really might just be variability of taking a random sample. I'd say it just about evens out. So, are travel times the same?

Because the travel distance are just about equal, the hexagonal grid is actually going to be faster due to the faster intersections.

Maybe bees are onto something.

As one more thought, it'd be quite easy to make park blocks at a ratio of 1/7 blocks. 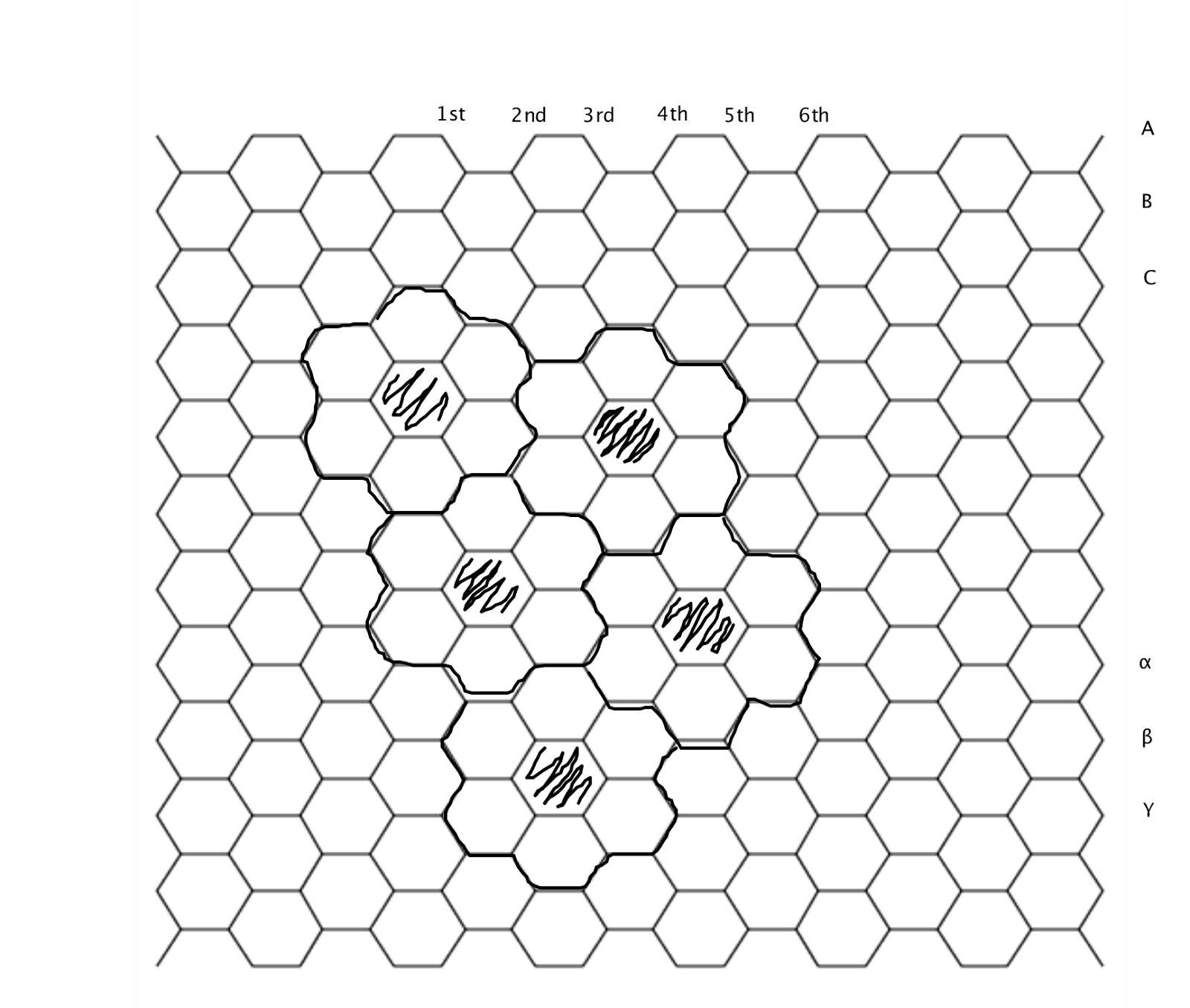 No location would be more than 2 blocks from a park.
Posted by Russell Hanes at 12:48 AM